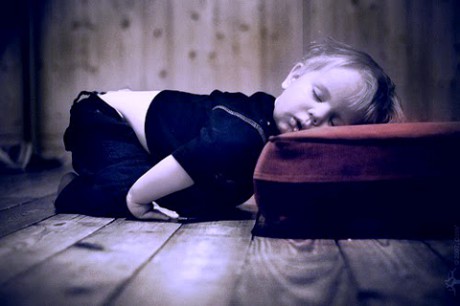 Spring is upon us here in Sweden. The air smells of fresh opportunity and you almost feel how all of nature is gearing up as the sun rises in the sky. It’s time to sow some seeds so we can reap in the fall.

This week I am taking a fresh look at something that holds true magic, but still is largely looked down upon in our society. An inherent principle of how things work that can shorten the time between sowing and reaping. All you have to do is understand it a bit better to get in on the action. Something that I hope you will do after scrolling down and reading this month’s coaching letter…

Wishing You a Happy Easter,

" You cannot teach a man anything, you can only help him find it within himself. "

The magic of in between

”It’s all just too much…” If there is a phrase to catch the zeitgeist of business life for 2015, that must be it. At least if I’m going by what I hear when I’m out doing seminars and coaching. Because it doesn’t matter what their core business is they all say the same thing. Every day seems to be filled with more than it’s humanly possible to get done.

Furthermore, it’s usually said with a tone of voice that implies that it’s the only reasonable explanation to why they’re running around like chickens without a head, so stressed that they barely have time to eat lunch. In spite of the fact that with a little good old fashioned common sense, we realize that no one can do more than they can do and that there is nothing you can do stressed that you couldn’t do better calm.

Still, that doesn’t stop most people from betting on that a wrong direction can be compensated by increased speed. With that in mind, is not that surprising that an ever increasing number of people getting ”burned out”, ”hitting the wall” and diagnosed with chronic fatigue syndrom. Even if it doesn’t go that far a fair percentage of people walk around feeling that they don’t exactly have the same ”j’oie d’vivre” as they once had.

Coming from an athletic background all of this would be called over training. Indicating that you quite simply have pushed yourself too hard with too little rest in between. But no matter what you call it we all know the feeling and want to avoid it. And yet, we fall for it over and over again.

According to me the reason for this is that as a culture we have an extremely high regard for action and seem to look down at rest as an excuse for laziness. But it’s right there in the rest, between the action, that almost all the magic of life happens. It’s not when we lift weights at the gym that our muscles grow. That happens in between our gym sessions. Naturally, not without the effort of working out, but it’s still outside of the gym that we do our growing.

Same thing with sleep. In a high performance society sleep seems to be regarded as a meaningless time of hibernation that could be better spent. Sleep less and do more is the slogan of the day. The fact that every scientific study shows that there is some kind of magic happening during that rest and that people who sleep less is less productive is completely disregarded.

Farmers also seem to know the magic of what happens in between. That’s why they have always let land lie in fallow. Even when they didn’t quite know why their experience told them that something happened to the soil when you let it be for a couple of years. More nutrients and better harvests. Not only that, as we now know, it also meant more minerals and vitamins for us after letting the earth rest. Same thing wherever we take an educated look. There is something magical happening during rest that doesn’t seem possible during activity.

That’s why most great ideas ini a company will come from co-workers on vacation. Or when they are sitting in the car and the hands are busy but the mind is free. That’s when the ”Eureka!” moments that change everything occur. Or after an ordinary nights sleep that is enough for our mind to clear and new possibilities opens up. Because it’s not only the body that heals during the rest, but also a stirred mind quiets down and goes back to it’s natural healthy state.

Of course we will not produce any tangible results without the activity, the sowing, the investment, the training and all the rest. But here I want to encourage you to view rest with a sense of higher regard. Enough already with the feeling guilty about taking a break, sitting down, taking a walk, not setting the alarm or taking some ”wasteful” time to reflect.

Time to understand that the harder you push the greater the need for rest. And that resting is far from doing nothing. Because it’s right there, in that space between the activities and the revved up thinking, that the real magic is taking place. Do you understand enough to restfully let it in to your life?

Slowing Down to the Speed of Life 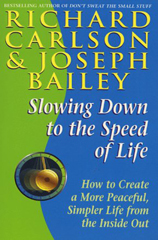 This book is one of those rare gems that is a must read for anybody who wants to not only be successful, but to enjoy the ride getting there. Filled with practical, everyday thoughts on how to live in the moment that you can turn into invaluable insights for your life. That’s why you’ll find this book better than most in the personal development genre…